When Sadie and I got there we saw this old truck that we played on and had our pictures taken on. 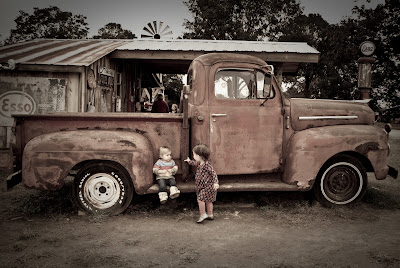 We were having a nice conversation, but it is a secret and I'm not going to tell anyone what she said! 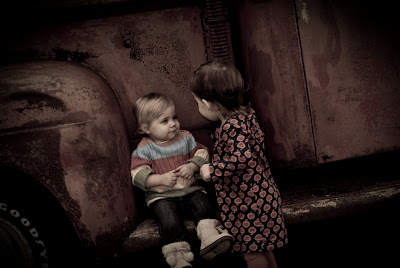 Then we played in the back of the truck! 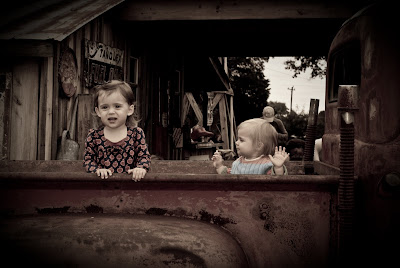 Next, we went to pick some pumpkins... 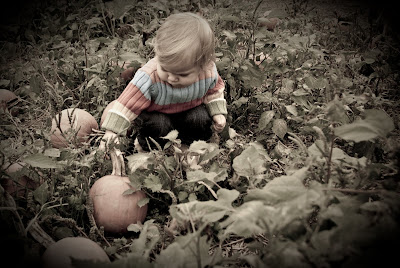 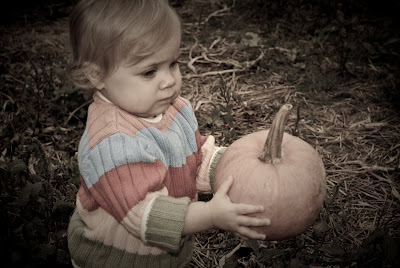 Here Sadie, what do you think about this one? 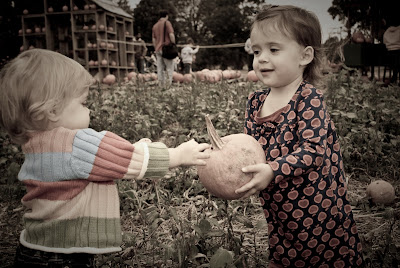 Then we played in a swing. 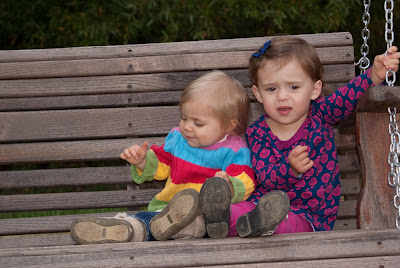 I was telling Dada everything I saw. 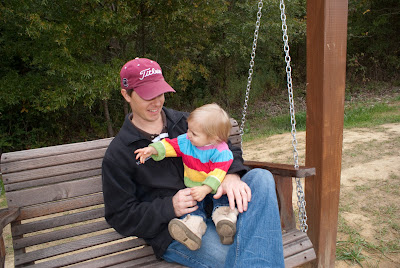 Then Mama and I had our picture taken too! 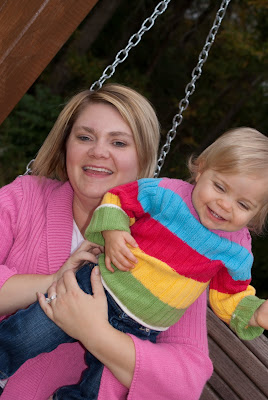 I am sick of getting my picture taken so I am just going to stare at the ground....come on its been like 2 minutes! I am not looking up again! 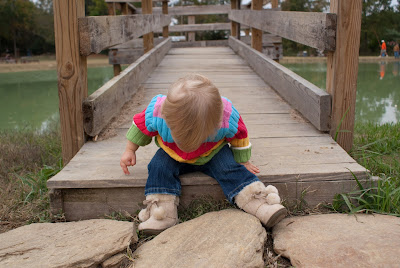 We got to pet some animals! 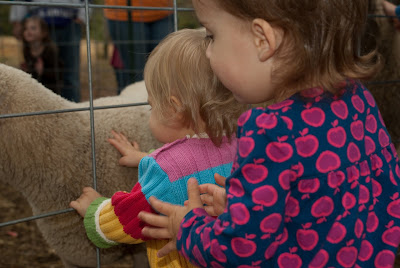 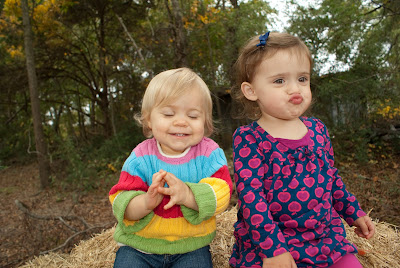 Sadie pushed me in a wheelbarrow... 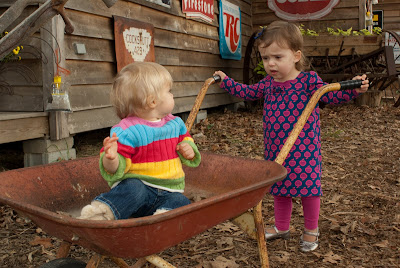 Then Mama and I posed like we did last year! She and Dada kept saying they couldn't believe how much bigger I was than last year. 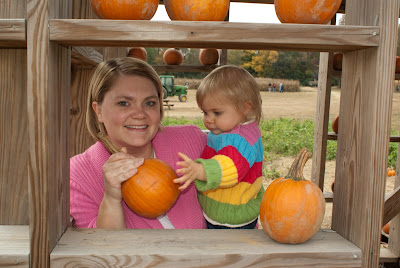 Then Dada and I did the same pose! 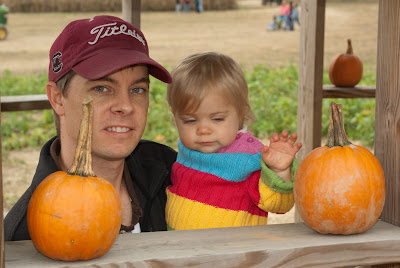 Love the pics!!!! Those funny faces just cracked me up! Randy is the cutest punkin in the punkin patch.
Love Gram

You Go Girls! Take Charge. What a perfect way to share childhood stories, Sadie and Randi are both 1 year old this Halloween.